"SIMPLE WAY TO ERECT A DISPLAY"

The TEC NINE TRAY 1500 is built in a sturdy structure. It has a convenient box magazine on an exact hight for feeding, that helps on the replacement of boxes. A pneumatic system removes the box from the magazine and, using chains with flights, the box is brought until the assembling area.  On this path, a pistol applies hot melt on the box. Right after the box insertion in the forming area, a sensor detects the presence of it and a sturdy former goes down and builds the box. The cycle is repeated and the speeds can reach up to 30 boxes per minute – depending on the amount, the number may vary. The greatest advantage from TEC NINE TRAY 1500 is its horizontal magazine and the box transportation system made by a flight belt conveyor. This system avoids some irregularity that may come on the box.

Range and maximum speed: up to 30 boxes or trays per minute. 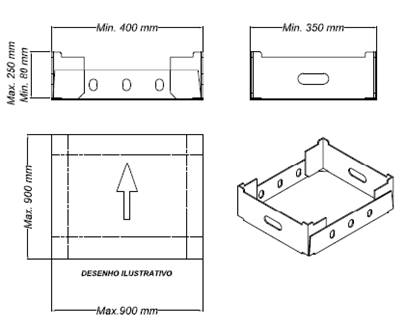